Checking Out Checking In

During the Jim Crow era, hotels in Virginia served one race or another, and in Alexandria choices were limited to a hotel and a few private homes. 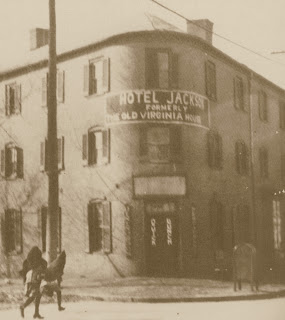 The Hotel Jackson (above) at the southwest corner of King and Peyton streets served African American clientele. The hotel was named for its owner, Washington "Wash" Jackson, who was active with civic and business groups. The Hotel Jackson also served as a venue for African American community and civic activities, such as a staging area for the emancipation celebration in 1903 and the meeting site for a local branch of the National Negro Men’s Business League in 1905.

The Hotel Jackson was demolished after a tornado ripped through Alexandria and severely damaged dozens of buildings in November 1927. The hotel's King Street façade was torn away and the structural damage was so significant that the city ordered that it be razed. 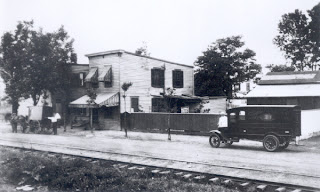 John Wesley Jackson (no known relationship to Washington Jackson) owned a bakery and home (above) at the southwest corner of Pendleton and Henry streets. The bakery had opened around 1919 and it later served an important role by providing accommodations to black visitors, including chauffeurs and laborers who were not welcome at local hotels. It was likely listed in the The Negro Motorist Green Book, published by Victor Green.
This directory, known among its users simply as the Green Book, provided African American travelers with a list of boarding houses, restaurants and other services that welcomed them and, according to Wendell P. Alston, would save them from "as many difficulties and embarrassments as possible." The 1949 edition offered two possibilities for accommodations in Alexandria, tourists homes at 724 and 803 Gibbon Street. None was listed for Arlington, Fairfax, Falls Church or Leesburg and the only other Northern Virginia city listed that year was Warrenton. 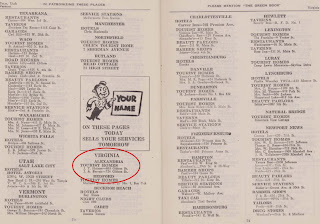 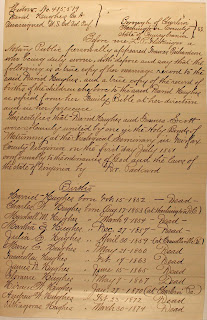 Back Just in Time for a Memorable Memorial Day